Ancient Greece for kids
A collection of fun and educational poems

These poems about ancient Greece for kids were written in 2012 by Paul Perro. We hope that you enjoy them.

Here you will find poems about the Greek philosophers, inventors, scientists, and writers, as well as real heroes like Alexander the Great, and mythical ones like Hercules, and the Greek Gods.

If, after reading these poems, you would like more information about Ancient Greece for kids, please scroll down to the bottom of the page for lots of interesting facts.

Intro
Perhaps you think your granddad's old?
Perhaps you've got antiques?
But those aren't really old at all
Compared to Ancient Greeks.
They lived thousands of years ago
Way back in ancient times
Let's learn about them now shall we?
Here come some little rhymes. 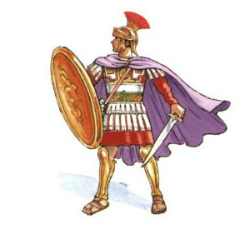 The best ever military commander
Was a young king named Alexander.
From the Macadonian city state
He was known as Alexander the Great.
A brave man - he had a lot of bottle;
A wise man too - taught by Aristotle.
He fought many battles & always won,
His army never lost a single one.
Turkey, Syria and Egypt all fell,
So did Babylon, and Persia as well.
But after 13 years of war, his men
Said they wanted to go home again.
That was the end of conquest & glory
And that's the end of Alexander's story

Astronomers from Greece worked out
The Earth goes round the sun.
It took hundreds of years before
Everyone else caught on.

The genius Archimedes once had
An idea that made him shout "Eureka"
He jumped out his bath, and ran down the path,
Then ran about naked like a streaker!
Another genius called Pythagoras
Once discovered a very famous sum.
This guy though, unlike the other fellow,
Did not show everyone his bum. 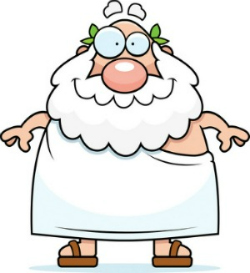 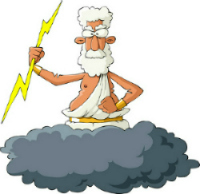 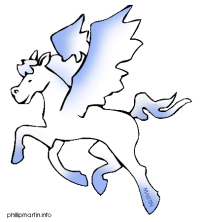 The ancient Greeks believed in
Some really crazy things
Like minotaurs, centaurs,
And a horse with wings. 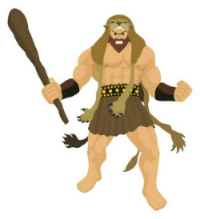 The Labours of Hercules

The great warrior Hercules
Was made out of pretty stern stuff.
He carried out twelve famous tasks,
All of them really tough.

He fought a lion with claws so sharp
That it could rip armour to shreds.
And then he killed a hydra, that's
A monster with nine heads.

After that he was told to go
And catch a golden deer.
The deer was very hard to catch
It took Hercules a full year.

His next task was hunting again
This time a wild savage boar.
After that he cleaned a stable
Which was full of manure.
Hercules cleaned those huge stables
In just one single day,
And then he had to go and chase
Some nasty birds away.

Next he caught a dangerous Bull
'Twas rampaging through Crete.
After that he stole some horses
That had a taste for meat.

He went to the Amazons next
And wound up having a battle.
And after that he had to go
And steal a monster's cattle.

Next he had to search the whole world
To find some special magic fruit.
And finally he caught a dog -
A huge, three headed brute.

Hercules earned a great reward
For being so strong and so clever;
His father Zeus promised him
That he would live forever. 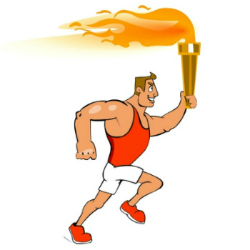 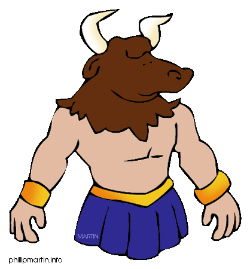 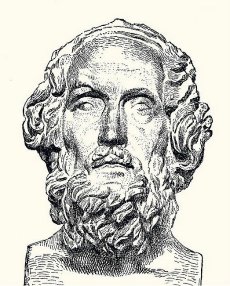 Homer
Homer (that's the poet from Greece,
Not the fat bald man from TV)
Wrote the poem called "The Iliad",
He also wrote "The Odyssey".

The Iliad tells the story,
Set during the long Trojan War
Of the Greek hero Achilles,
And his triumph over Hector.

The story of Odysseus
Is told in Homer's "Odyssey" -
His epic quest to get back home
To see his wife Penelope.
He had some bother on the way
With women with hypnotic powers,
A cyclops, A witch, a monster,
And folk who liked to eat flowers. 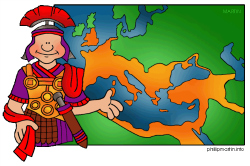 The End
Ancient Greece was finished when
It was attacked by Rome
And I think that's a good place
To end this little poem.

Facts About Ancient Greece For Kids 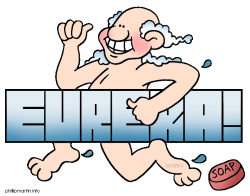 Hercules (or Heracles), the great mythical hero, was also worshipped as a god. He was the son of Zeus.

We hope you have enjoyed these facts and poems about Ancient Greece for kids.


Back to Ancient History