US History for Kids

Here's a great collection of fun and educational poems for kids, about people and events from American history from the first settlers to the moon landing.

All the poems on this site are funny, educational, and best of all, free! They make excellent bedtime stories for young children, or fun poems for older children, ideal for reading out in class or assembly.

As a parent or teacher you may copy or print out any of these poems on US History for kids and read them to your little ones without having to ask permission. Please, however, do not use them for any commercial purpose (such as magazines, newspapers, or websites) without contacting us first.

Poems about US History

The Voyage of the Mayflower
The story of the Pilgrims' journey from England to America, on the famous "Mayflower" ship.


The Boston Tea Party
Why did a group of protestors dress as red indians and throw boxes of tea into the sea? Find out here.


George Washington and the Cherry Tree
George Washington was the first ever president of the United States of America. This story from his childhood is about a cherry tree, an axe, an angry father, and a naughty but honest little boy.


The California Gold Rush
James Marshall was a farmworker who discovered a tiny nugget of gold, smaller than a pea, at Farmer Sutter's saw mill. When news got out that there was gold lying around, thousands of people came from all around the world, to look for it for themselves.


The Statue of Liberty
Have you ever wondered where the statue came from, who built it, and why? Find out here.


The Moon Landing
Two boys, called Neil and Buzz, decide to go to the moon to find out whether or not it is made of cheese!

Native American cultures flourished for thousands of years before the European settlers arrived, but little is known of their history.

1000 AD Viking Lief Erikson lands in Newfoundland, but does not stay.

1492 Christopher Columbus sails across the Atlantic from Spain and lands in the Bahamas.

1565 The first European colonists arrive in Florida from Spain.

1620 The pilgrims arrive from England on the Mayflower, and establish The Plymouth Colony in Massachusetts.

1770 The Boston Massacre. British soldiers fire into a crowd of colonists, leading to huge protests.

1773 The Boston Tea Party. Colonists, protesting against the British and their taxes, dump 300 crates of tea into the sea.

1776 The Declaration of Independence. The colonists declare that they are no longer ruled by the British.

1783 the end of the War of Independence. Great Britain formally acknowledges the United States of America.

1789 George Washington becomes the first president of the USA.

1848 Gold is discovered in California, which leads to "the gold rush".

1886 The Dedication of the Statue of Liberty, a gift from France.

1939–1945 World War Two. The U.S. enters the war (against Germany and Japan) in 1941, after the Japanese attack the American fleet at Pearl Harbour.

1963 Martin Luther King delivers his “I Have a Dream” speech , part of a huge protest against the poor treatment of black people. The Civil Rights Act is signed by the president the following year. 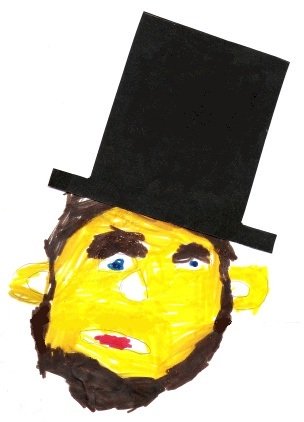