Here's a great collection of hilarious history jokes for you!

Well, they're not all hilarious to be honest. Some are really quite terrible!

History, they say, is just one thing after another. So we might as well have a laugh about it. And if we can't have a laugh, perhaps we'll settle for a groan. Enjoy our history jokes!

Q: Which Pharoah played the trumpet?
A: Tooting-khamun!

Q: What was the fruit that launched a thousand ships?
A: Melon of Troy.

Q: In which battle did the soldiers form a queue outside a metal box?
A: The battle of Portaloo. 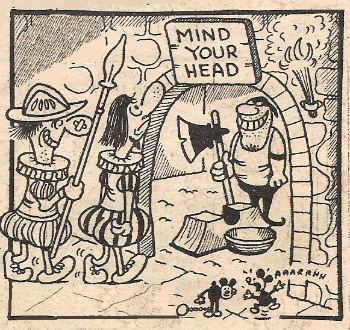 Q: Which historical figure was an expert on the springboard?
A: Lady Good-diver.

Q: What was the most popular kids' movie in Ancient Greece?
A: Troy Story

Q: Why did Captain Cook sail to Australia?
A: It was too far to swim 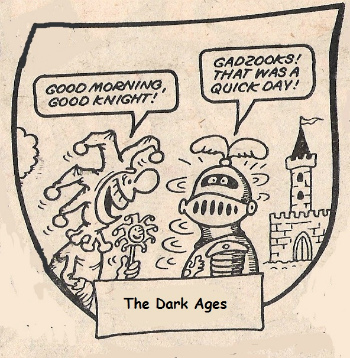 Q: Where would you find Hadrian's Wall?
A: At the bottom of his garden.

Q: Which famous Roman suffered from hayfever?
A: Julius Sneezer

Q: What do Alfred the Great and Ivan the Terrible have in common?
A: Their middle name 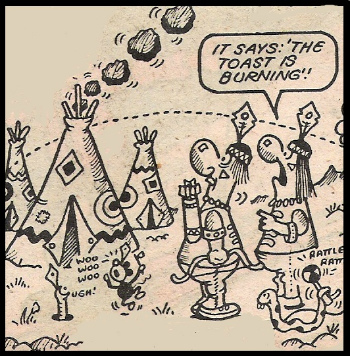 Q: Why did the Archaeopteryx always catch the worm?
A: Because it was an early bird!

Q. Where did medieval knights park their camels?
A. Camelot.

Q. Who refereed the tennis match between Caligula and Nero?
A. A Roman Umpire.

Q: Why did the mammoth have a woolly coat?
A: Because he would have looked ridiculous in an anorak. 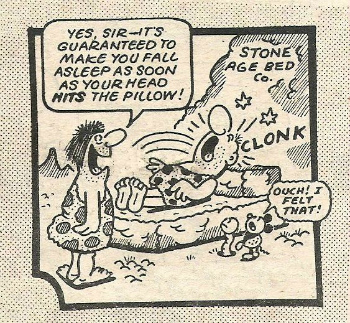 Q: Archeologists recently discovered a statue of a pink lady in a T-bird. What period was it from?
A: Ancient Grease.

Q: What car did Isaac borrow from his father to help win the civil war and end slavery?
A: Abraham's Lincoln.

Q: What's fruity and burns?
A: The Grape Fire of London

Q: Who led the Australians into the promised land, through a semi-permeable membrane?
A: Ozmoses 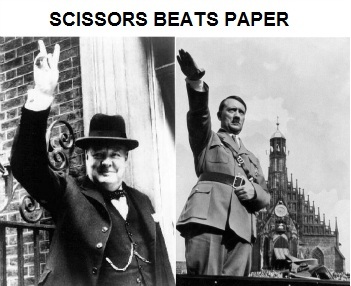 Q: When did George Washington die?
A: Just before they buried him.