The California gold rush took place in the days of the wild west, when thousands of people flocked to the area convinced that they would find gold and make their fortunes.

This poem was written in 2009 by Paul Perro.

It tells the story of the gold rush in a fun and exciting way, from the perspectives of the two people at the beginning of the story, James Marshall and John Sutter.

After you have finished enjoying the poem, please scroll down a little further to find out more facts about the gold rush.

The California Gold Rush
A poem for kids

James worked on a farm in the West
He dreamed of being rich.
One day he found something shiny
Just lying in a ditch.

“It’s gold!” thought James, excited, and
He showed it to farmer Sutter.
The farmer was not happy though,
He started to frown and mutter.

“Don’t tell anyone” said Sutter
“About what you have found.
If people hear there's gold about
They’ll come from miles around.

James said for him not to worry
He would button his lip.
But two days later in a bar
He let the secret slip.

Soon people started to arrive
To see what could be found.
They’d heard rumours that gold nuggets
Were just lying around.

Lots of people really believed
The hills were filled with gold.
Men and families packed their things and
From the East wagons rolled.

Others came from across the sea
From Mexico and Peru,
From Hawaii, China, Chile,
From France, and Britain too.

They all left their lives behind them
To become gold miners.
The year was 1849
They were the forty-niners.

Some people did not look for gold
But still got rich enough.
They set up shops for miners and
They sold expensive stuff.

But after a few years had passed,
Gold was harder to find.
So many people were looking
All the land had been mined.

And poor old Sutter the farmer
Looked out across his land.
His fields were thoroughly trampled
His rivers, thoroughly panned.

And so California had changed
Not boring old fields, no,
There was an exciting city,
'Twas called "San Francisco"!

Facts about the Gold Rush 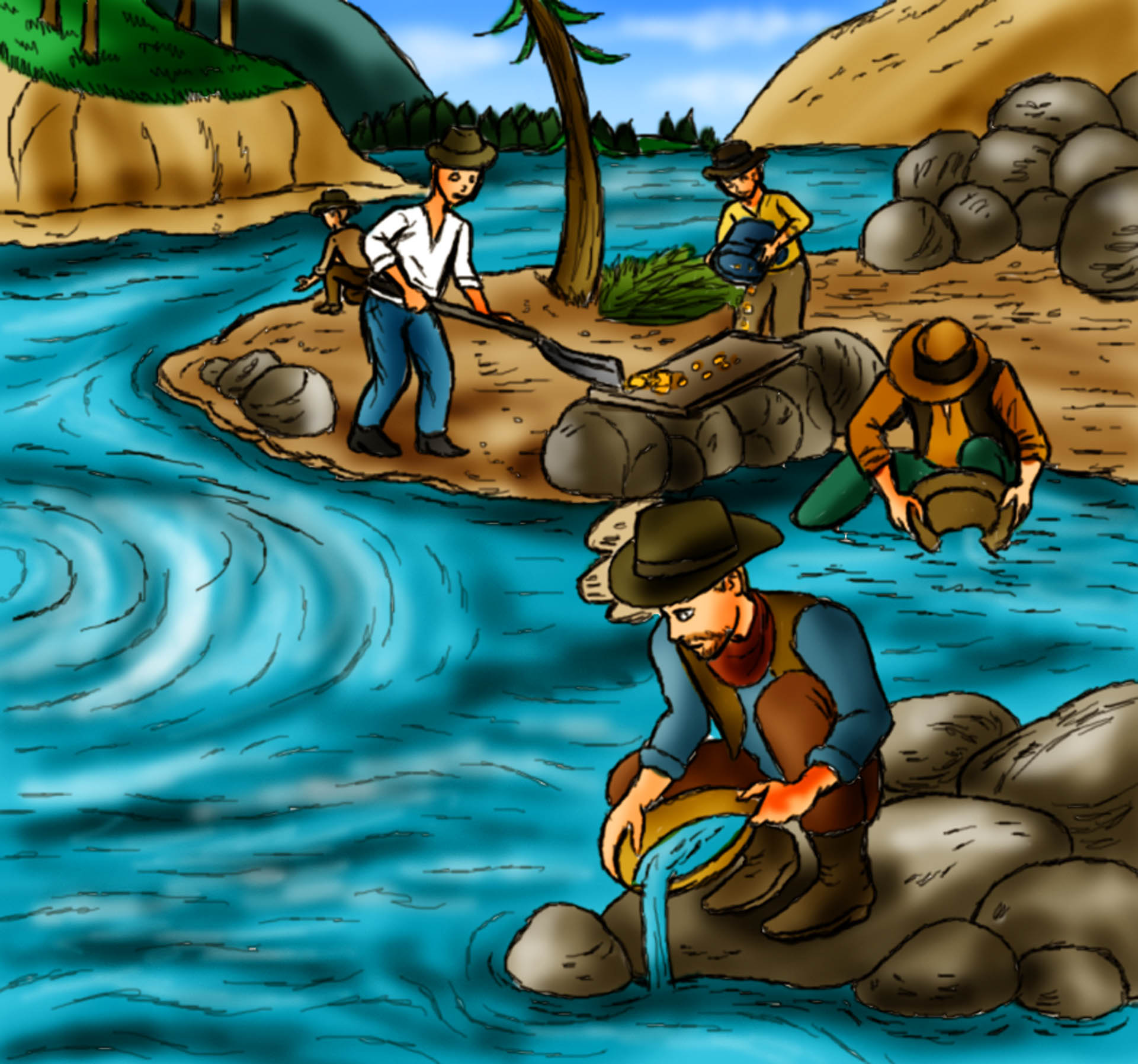 Back to US History