This fun poem for kids retells the legend of Romulus and Remus, the twin brothers who built Rome.

The story is, of course, completely untrue.  Rome actually formed when a number of settlements around the river Tiber (near a narrow point in the river), joined together for defensive purposes, and set up an army to protect them from their neighbours.

It is possible that there once were historical figures called Romulus and Remus, but most historians think they were probably entirely mythical.

Please note that this story includes some violence that makes it unsuitable for very young children.

Romulus and Remus were twins
Their father was a god called "Mars"
Who had a planet named for him
And lots of chocolate bars.

They had a wicked uncle who
Threw them in the river to die.
But they were rescued by a wolf
Who happened to pass by.

The wolf pulled them from the river
And took them back home to her den.
She dried them off and fed them milk,
Until they were healthy again. 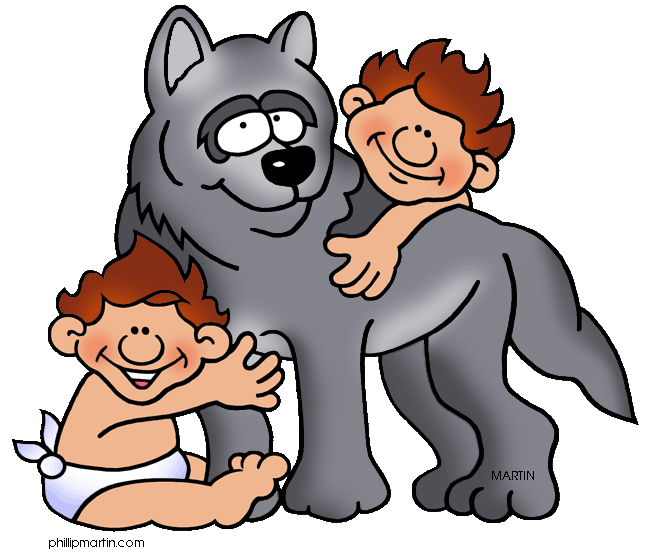 Before long a shepherd found them
And took them back home to his wife.
The couple raised them as their own,
They had a happy life.

The twins grew into big strong men.
Both leaders with lots of allies.
They planned to build a city where
The friendly wolf first heard their cries.

But the twins could not quite agree
On the exact location.
They had a nasty falling out,
A violent altercation.

And Romulus killed his brother
And very soon became
The king of the great city that
He named after his own name.

Yes, Romulus founded Rome,
It's where the name came from,
Although I've often wondered why
It's "Rome" instead of "Rom".

Comments on the Myth

Some versions of the myth have a few extra events not included in the poem above.

These stories, though myths, do reveal something disturbing about the mentality of early Romans; the fact that the heroes and the fantasies they created for themselves were so violent and amoral reflected poorly on their values.